With the news coming out that Tom Cruise has dropped out of the big screen reboot of the 60s show The Man from U.N.C.L.E., Warner Bros. and director Guy Ritchie are moving quickly to find his replacement. The Superman of Man of Steel has been reportedly offered the role of Napoleon Solo, who was originally portrayed by Robert Vaughan in the TV series. WB has already entered into talks with Henry Cavill, but for the part of Soviet agent Illya Kuryakin, opposite him. The role of Rusian spy Kuryakin – played by David McCallum originally – then went to Armie Hammer, who is still attached, as well as the Swedish actress Alicia Vikander is in negotiations for the female lead. Ritchie is developing the film and looking to get shooting this fall. The studio will be hoping for more luck this time out hoping that having the Man of Steel and the Lone Ranger on board will be enough to push it forward Besides, screenwriter Scott Z. Burns talked about setting the film in the 1960s:

I thought it would be really fun to go back and look at spycraft in the Cold War and what you could and couldn’t do,’ he said. ‘When you think about the world in the 1960’s just in terms of cars and fashion and the aesthetic, to be able to go and shoot that world with today’s cameras and today’s technology, I think we could do some really cool stuff. Then also, the thing that was so cool about ‘U.N.C.L.E.’ that people don’t realize–and this is why I like it more than ‘Mission: Impossible’–the initial conceit of ‘U.N.C.L.E.’ was amazing. It was really about an organization that didn’t have an affiliation with a country and Napoleon Solo and Illya Kuryakin were guys who should’ve been sworn enemies. One was Russian and one was American and they worked together. In that way, it was a really incredibly progressive, hopeful kind of show.

Anyone have any thoughts, ideas? 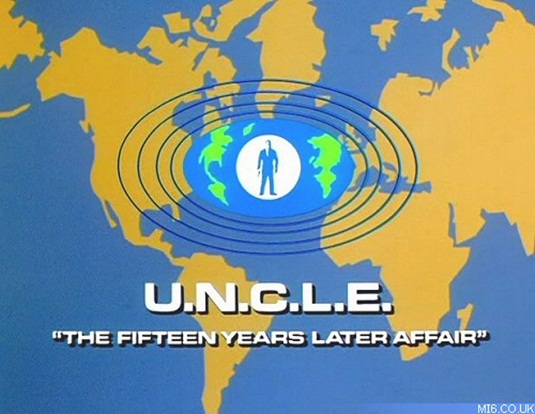 Ang Lee, Tom Hooper, Shane Black On The Bond Director Shortlist; But Sam Mendes Will Be Back
Logan Marshall-Green as Lead in Pilot QUARRY
Advertisement