Twilight star Kellan Lutz takes a break from The Expendables 3 filming to tease his upcoming film, Hercules: The Legend Begins. A shirtless Aussie actor shows off all his hard work in the gym while entering the arena and going up against several weapon-wielding foes. Formerly known as Hercules 3D, an action/adventure flick is directed by Renny Harlin and also stars Gaia Weiss, Liam McIntyre, Scott Adkins, Roxanne McKee and Luke Newberry. Harlin, Sean Hood, and Giulio Steve wrote the script. Lutz is playing the titular Demigod, while Weiss features as Hebe, the Princess of Crete, and Adkins plays King Amphitryon. A sneak preview of the trailer is released ahead of the full-length trailer premiere at New York Comic-Con this Saturday. The 3D action film is slated to open in theaters in March 2014. Check out the teaser trailer for one of two Hercules films aiming for release in 2014; the other is directed by Brett Ratner with Dwayne Johnson on the lead role in the rival project, Hercules: The Thracian Wars. Synopsis:

Hercules: The Legend Begins is an upcoming adventure film starring Kellan Lutz as the mythical Greek hero. Betrayed by his King and sold into slavery, Hercules must use His formidable strength to fight for his freedom and return to his true love, Hebe, the Princess of Crete. 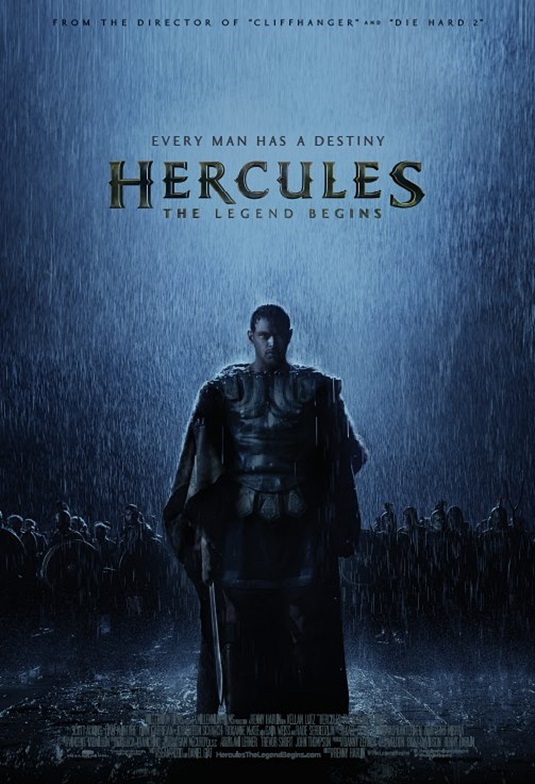