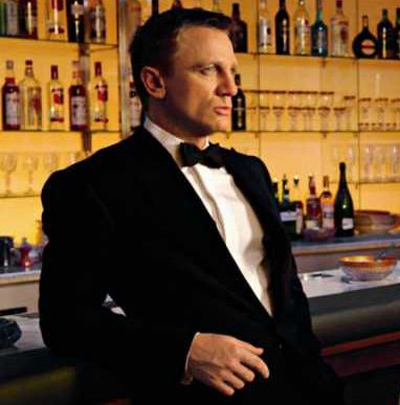 His name is Bond, James Bond, just don’t expect Britain’s best – known secret agent to introduce himself in the new James Bond movie “Quantum of Solace.” The British media reports that the famous “Bond, James Bond” line has been dropped from the new movie for the first time. “There was a ‘Bond, James Bond’ in the script,” Marc Forster – the director said.

“There are several places where we shot it as well, but it never worked as we hoped. I just felt we should cut it out, and Barbara Broccoli and Michael Wilson, the film’s producers, agreed, and Daniel Craig agreed, too. It’s nice to be open-minded about the Bond formula. You can always go back to them later on.”

Will Bond drink Coke Zero instead Martini?  Ahhrrrghgg, this was stronger than me! I like Bond…James Bond!