The first trailer for How to Train Your Dragon 2 has arrived, opting for a short, self-contained action sequence rather than a montage of snippets while featuring an older Hiccup and his inseparable best friend Toothless. This teaser follows man and dragon as they’re flying through the clouds testing some new flight equipment. The second 3D movie of this fantastic epic trilogy continues the story about two friends while charting unmapped territories and exploring new worlds. Based on the book series by Cressida Cowell, the sequel is voiced by Jay Baruchel (Hiccup), Gerard Butler (Stoick the Vast), Craig Ferguson (Gobber), America Ferrera (Astrid), Jonah Hill (Snotlout), Christopher Mintz-Plasse (Fishlegs), T.J. Miller (Tuffnut) and Kristen Wiig (Ruffnut). Fox will release Dean DeBlois ‘ upcoming animated film in 3D, 2D and IMAX 3D theaters on June 20th, 2014. Check out the first teaser for DreamWorks  thrilling second chapter of their best film to date.

The thrilling second chapter of the epic How To train Your Dragon trilogy brings back the world Hiccup (Baruchel) and Toothless five years later. While Astrid (ferrera), Snoutlout (Hill) and the rest of the gang are challenging each other to dragon races (the island’s new favorite contact sport), the now inseparable pair journey through the skies, charting unmapped territories and exploring new worlds. When one of their adventures leads to the discovery of a secret ice cave that is home to hundreds of new wild dragons and the mysterious Dragon Rider, the two friends find themselves at the center of a battle to protect the peace. Hiccup and Toothless will lead hundreds of hero dragons in defense of Dragon Mountain, battling against Drago Bloodfist’s huge army of Dragon Hunters and their ruthless war machines. 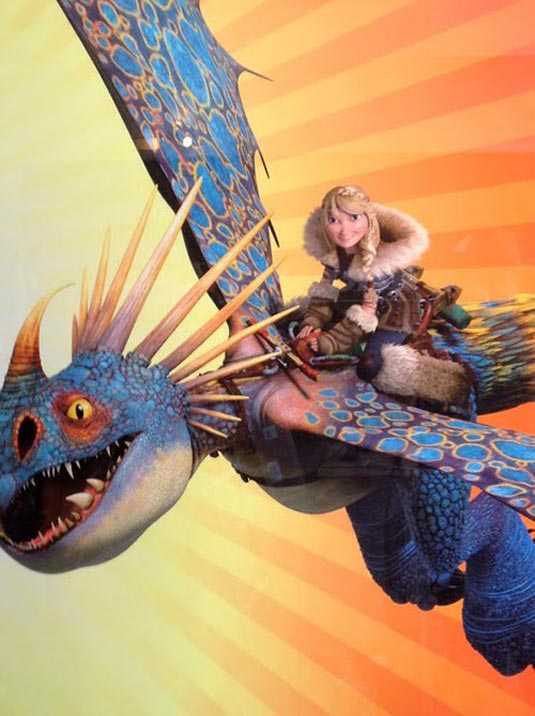