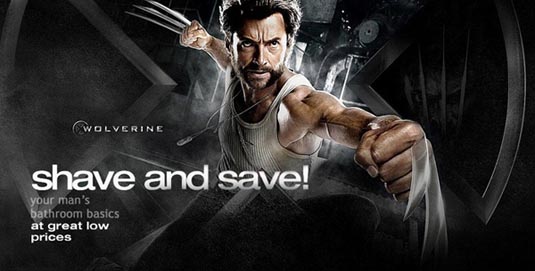 After we recently saw this great actor, as hairy Logan in “Wolverine,” as brave and romantic Drover in “Australia” and earlier as con man in “Deception,” as magician Robert Angier in “The Prestige,” Hugh Jackman will sell Avon make-up in his new movie. But why not, that would be interesting. So, Hugh Jackman will star in 20th Century Fox comedy “Avon Man” and Kevin Bisch (“Hitch”) will write the script for the movie. Story follows men laid off from an auto dealership. One is reluctantly recruited into becoming an Avon salesman, and while the experience is initially emasculating, he uses his charm and good looks to become a top seller. To ease his family’s financial woes, he recruits his friends into the make-up firm. Jackman will also produce “Avon Man” with his Seed Productions partner John Palermo, along with Gary Foster at Krasnoff Foster Entertainment.
Continue Reading
Advertisement
You may also like...
Related Topics:Avon Man, Hugh Jackman