The IMF is shut down when it’s implicated in a global terrorist bombing plot. Ghost Protocol is initiated and Ethan Hunt and his rogue new team must go undercover to clear their organization’s name. No help, no contact, off the grid. You have never seen a mission grittier and more intense than this.

Ghost Protocol is the live-action directorial debut of Brad Bird (The Incredibles) and was produced by Mission: Impossible III director J.J. Abrams, who helped create the story with screenwriters Josh Appelbaum and Andre Nemec. Mission: Impossible – Ghost Protocol will be released in IMAX theater on December 16th, 2011 and will hit all the other theaters five days later. 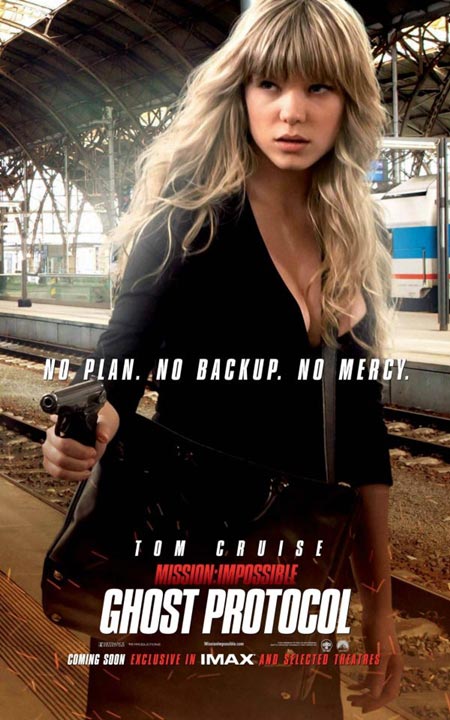