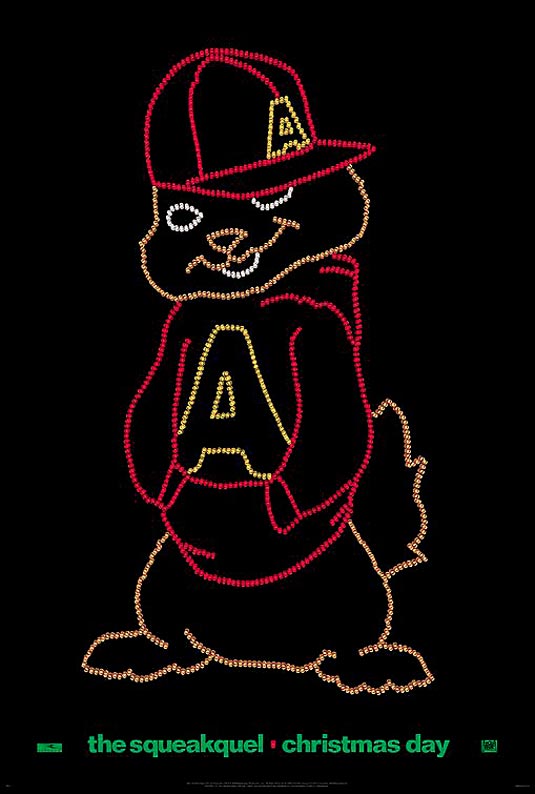 The international trailer for the upcoming children’s/family comedy Alvin and the Chipmunks: The Squeakquel, has been released online. “Alvin and The Chipmunks: The Squeakquel” brings back our favorite furry brothers, Alvin, Simon and Theodore. Because of a freak accident involving Alvin and Dave Seville, they go to live with Dave Seville’s cool cousin Toby and must enroll in school just like every other kid. School presents new challenges to these rock stars, like dealing with peer pressure, school sports and of course, girls! By “girls” we mean the Chipettes who are managed by Ian Hawke, the Chipmunks greedy former manager who wants to turn them into the next big thing. At the outset, there is a rivalry between the Chipettes and The Chipmunks but in the end they realize that they make great friends and a great musical team! Check out the trailer after the jump Directed by Betty Thomas “Alvin and the Chipmunks: The Squeakuel” which stars Jason Lee, Cameron Richardson, David Cross, Justin Long, Zachary Levi, Jesse McCartney and Matthew Gray Gubler is scheduled to hit theaters on December 25, 2009.

Zachary Levi stars as Toby Seville in Alvin and The Chipmunks 2 Let us know what you think in the comments… [flv]http://www.kinogallery.com/trailers/A/kinogallery.com_AlvintheChipmunks_trailer_int.flv[/flv]
Continue Reading
Advertisement
You may also like...
Related Topics:Alvin And The Chipmunks: The Squeakuel, Betty Thomas, Cameron Richardson, David Cross, Jason Lee, jesse mccartney, justin long, Zachary Levi