Connect with us
A new poster for animated movie “Igor” has appeared online. 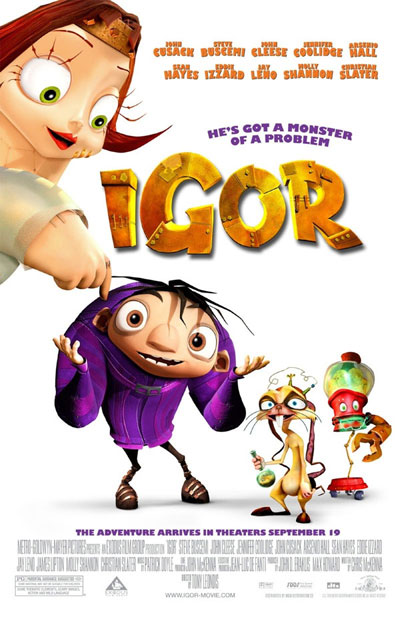 “Igor,” voiced by John Cusack, Steve Buscemi, John Cleese, Sean Hayes, Eddie Izzard, Jay Leno and Molly Shannon. Cusack will voice the title character of Igor, a gifted scientist who is born with a hunch on his back and is forced to serve a cruel scientist named Dr. Glickenstein. Sean Hayes will play Brian the Brain, a brain in a jar who is one of Igor’s sidekicks and inventions. The new film is directed by Anthony Leondis, (Lilo & Stitch 2: Stitch Has a Glitch). “Igor” is set for a September 19th release date.
Continue Reading
Advertisement
You may also like...
Related Topics:Igor