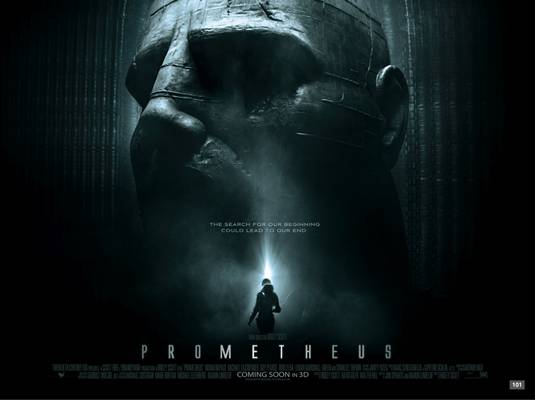 The question is whether Prometheus is really an extremely promising prequel to Ridley Scott’s legendary groundbreaking horror/science fiction film Alien. I am highly doubtful this new trailer will give us the answer and though it still leaves everything about the film in a scary, vague realm, one thing is for certain; it’s going to be pretty terrifying and one of the most intriguing movies of the year. There is a very little difference between the previously released trailer that arrived last December and the latest trailer, except that international trailer gives us a chance to check out the action without the title card on the screen. However, Scott returns to the sci-fi story telling after a 30 year absence that what’s important. The film, co-written by John Spaihts (The Darkest Hour), and Damon Lindelof (Lost), features an all-star cast including Charlize Theron, Michael Fassbender, Idris Elba and Noomi Rapace. Prometheus is scheduled to be released on June 8th, 2012 in 3D. [youtube]http://www.youtube.com/watch?v=a0ME35wDGCY[/youtube]