The first trailer for “Iron Man 2” has finally made its debut. The trailer shows extended shots of War Machine fighting side by side with Iron Man and the scene from the Indy race with Whiplash. The world is aware that billionaire inventor Tony Stark (Robert Downey Jr.) is the armored Super Hero Iron Man. Under pressure from the government, the press and the public to share his technology with the military, Tony is unwilling to divulge the secrets behind the Iron Man armor because he fears the information will slip into the wrong hands. With Pepper Potts (Gwyneth Paltrow), and James Rhodes (Don Cheadle) at his side, Tony forges new alliances and confronts powerful new forces. Directed by Jon Favreau, “Iron Man 2″ also stars Favreau, Mickey Rourke, Sam Rockwell, Samuel L. Jackson, Scarlett Johansson, Garry Shandling, John Slattery, Kate Mara, Clark Gregg, Olivia Munn and will be released in theaters nationwide on May 7, 2010. 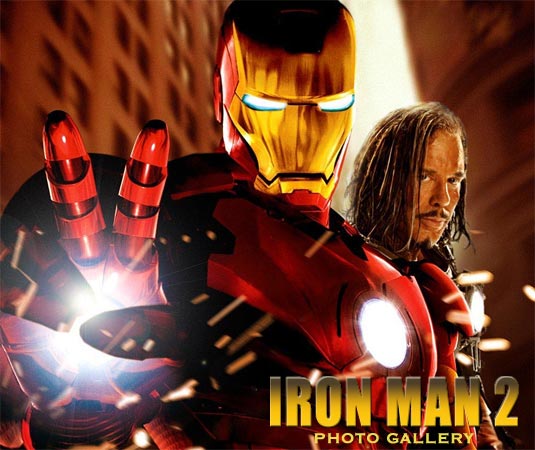