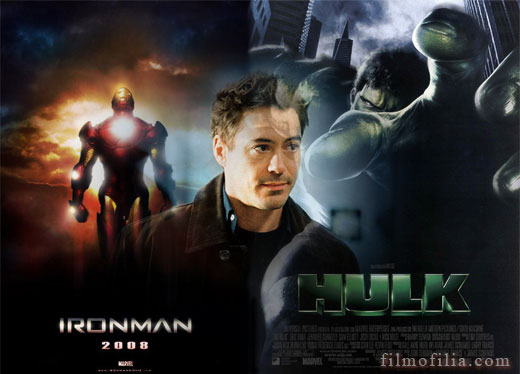 According to Aint it Cool News, Robert Downey Jnr will be making an appearance in “The Incredible Hulk”. It’s, of course, all part of a plan to tie the new “Hulk” and “Iron Man” movies together. Downey Jr’s Tony Stark (aka Iron Man) will reportedly feature in a scene opposite “Hulk” villain ‘Thunderbolt’ Ross (William Hurt). A few days back, “Iron Man” director Jon Favreau mentioned that he’d love a shot at directing an “Avengers” movie – Marvel’s answer to “Justice League” where all the superheroes, like Hulk, Captain America and Iron-Man, team up – and by all indications, Marvel’s thinking the same way too. Aside from Iron Man making an appearance in “Hulk”, Nick Fury (Samuel L.Jackson) turns up in “Iron Man”! Slowly, but surely, these franchises are being linked…. For a reason.
Continue Reading
Advertisement
You may also like...
Related Topics:Hulk, Iron Man, Robert Downey Jr.