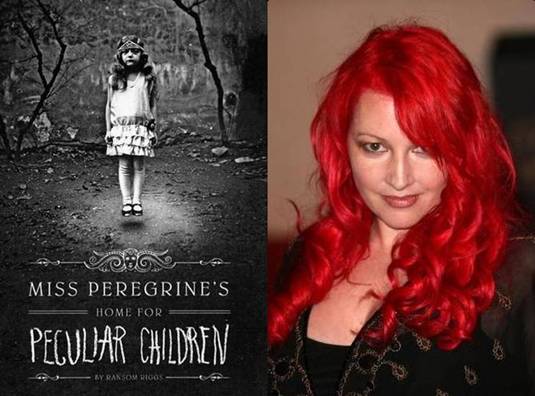 As we told you a few weeks back, the rights for the young adult book Miss Peregrine’s Home for Peculiar Children were acquired by 21st Century Fox. But what we learned just now was that X-Men: First Class screenwriter Jane Goldman is in final talks with Fox Studios on another priority project with a major director. Yes, flame red hair Goldman has been tasked with writing script based on the novel by Ransom Riggs and guess who will be attached as director? If all goes right, her next effort will be helmed by none other than Tim Burton. The Ransom Riggs debut novel mixes fiction and photography in a gripping reading experience. As the story opens, a horrific family tragedy sets young Jacob traveling to a remote island off the coast of Wales, where he discovers the crumbling ruins of Miss Peregrine’s Home for Peculiar Children. As he explores its abandoned bedrooms and hallways, it becomes clear that the children were more than just peculiar. They may have been dangerous and quarantined on a desolate island for a very good reason. Somehow or other, even though that it is impossible, he can’t shake the feeling they are still lurking around. As the pen behind Stardust, Kick-Ass, X-Men: First Class and the upcoming period horror film The Woman In Black, starring Daniel Radcliffe, screenwriter Jane Goldman is no stranger to genre flicks. On the other side, Burton is currently working on two films: an adaptation of the soap opera Dark Shadows and a remake of his 1984 short, Frankenweenie, both out in 2012. After that, Miss Peregrine’s Home might be his next thing. Here’s the book trailer: [youtube]http://www.youtube.com/watch?v=XWrNyVhSJUU[/youtube]