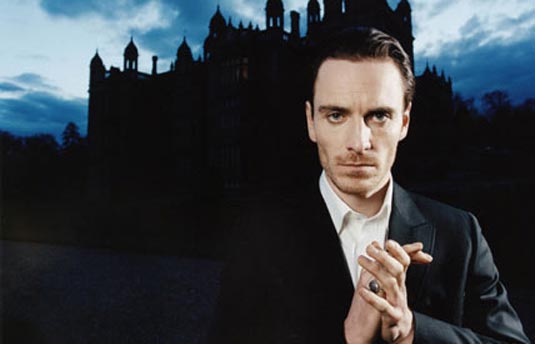 Lynne Ramsay is the director of three very good films (most recently We Need to Talk About Kevin, which followed Ratcatcher and Morvern Callar) and now she’s in for a western called Jane Got a Gun. The film already has Natalie Portman attached to play “a woman whose outlaw husband returns home barely alive and riddled with bullet wounds. She is forced to reach out to an ex-lover and ask if he will help defend her farm when her husband’s gang eventually tracks him down to finish the job.” Now it looks like Michael Fassbender could be the main recruit for the role of “the ex-lover Portman seeks out to help her defend her farm”. This indie film is to be financed by Portman’s production company, and while we don’t have a starting date for the set shoot to report, you can be sure that the idea is to get the movie going before 2013. And the idea of Ramsay making a western (especially with Fassbender) is quite alluring. Fassbender also had a small role in his Shame, and Hunger director Steve McQueen’s new film Twelve Years a Slave. Those and X-Men: Days of Future Past are his guaranteed next films, though there’s also the possibility that he’ll end up starring in a film version of the famous video game series Assassin’s Creed (YES! Please let him be playing!).
Continue Reading
Advertisement
You may also like...
Related Topics:Hunger, Lynne Ramsay, Michael Fassbender, Natalie Portman, Shame, Steve McQueen, Twelve Years a Slave, We Need To Talk About Kevin, X-Men: Days of Future Past

Ryan Gosling to Helm Christina Hendricks in HOW TO CATCH A MONSTER
Joss Whedon To Co-Write S.H.I.E.L.D. TV Series For ABC
Advertisement