A new Japanese poster for Dwight H. Little‘s movie “Tekken,” based on the long running and highly successful Namco video game franchise of the same name, has been revealed. Tekken Plot: Set in 2039, the greatest fighters from around the world come to compete in the last and greatest sporting event of all time, the Fist Tournament. After World Wars destroy much of civilization as we know it, the remaining territories are no longer run by governments, but by corporations the mightiest of which is Tekken. In order to keep the masses down, Tekken sponsors the Iron Fist Tournament in which fighters compete to the death for ultimate glory and receive a lifetime of stardom and wealth. We are introduced to this violent world through the eyes of Jin Kazama, a street fighter that enters the tournament in order to avenge the death of his mother that he blames upon Tekken’s powerful and controlling Chairman, Heihachi Mishima. He knows that the only way to get close enough to Mishima to kill him is to win the tournament. With the help of Lucas, an ageing Iron Fist Champion and fight trainer, Jin makes his way through the tournament, but in doing so, he begins to uncover his own past and inner demons as well as exposing a dark underbelly to Tekken that threatens the very existence of humanity. With futuristic and imaginative sets, a compelling story, and fight sequences combining fighting styles from all over the world. “Tekken” stars Jon Foo, Luke Goss, Cary-Hiroyuki Tagawa, Cung Le, Chiaki Kuriyama, Gary Daniels, Ian Anthony Dale, Tamlyn Tomita, Kelly Overton, Mircea Monroe, Lateef Crowder, Candice Hillebrand, Gary Ray Stearns and Marian Zapico. No release date has been set. Post you opinion about it and if you’d like it or not. 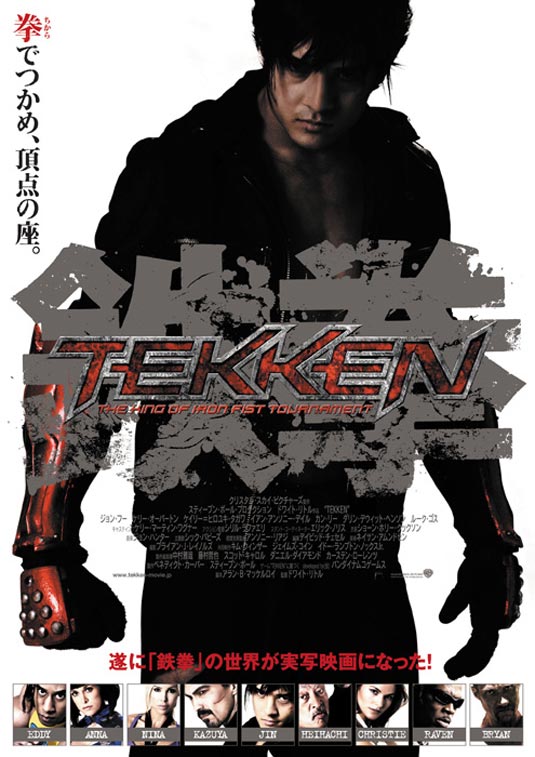