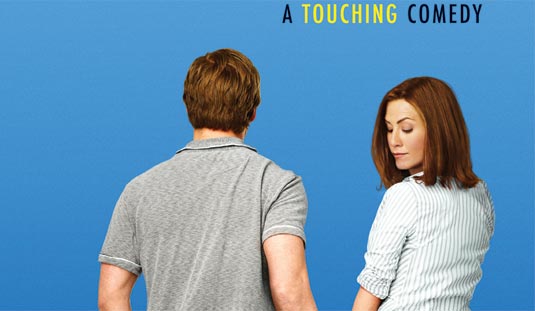 Here is a first look at the at the official post for Jennifer Aniston‘s upcoming romantic comedy “Management.” Synopsys:

“Management” is a romantic comedy that chronicles a chance meeting between Mike Cranshaw (Steve Zahn) and Sue Claussen (Jennifer Aniston). When Sue checks into the roadside motel owned by Mike’s parents in Arizona, what starts with a bottle of wine “compliments of “Management”” soon evolves into a multi-layered, cross-country journey of two people looking for a sense of purpose. Mike, an aimless dreamer, bets it all on a trip to Sue’s workplace in Maryland – only to find that she has no place for him in her carefully ordered life. Buttoned down and obsessed with making a difference in the world, Sue goes back to her yogurt mogul ex-boyfriend Jango (Woody Harrelson), who promises her a chance to head his charity operations. But, having found something worth fighting for, Mike pits his hopes against Sue’s practicality, and the two embark on a twisted, bumpy, freeing journey to discover that their place in the world just might be together.

Her last two films, “He’s Just Not That Into You” and “Marley & Me” were both #1 at the box office and raked in hundreds of millions of dollars worldwide. The new movie is directed by Stephen Belber, stars Jennifer Aniston, Steve Zahn, Woody Harrelson, Fred Ward, John San Nicolas, Dominic Fumusa, Collin Crowley and Gavin Bristol. “Management” is scheduled to hit theaters on May 15th, in limited release. 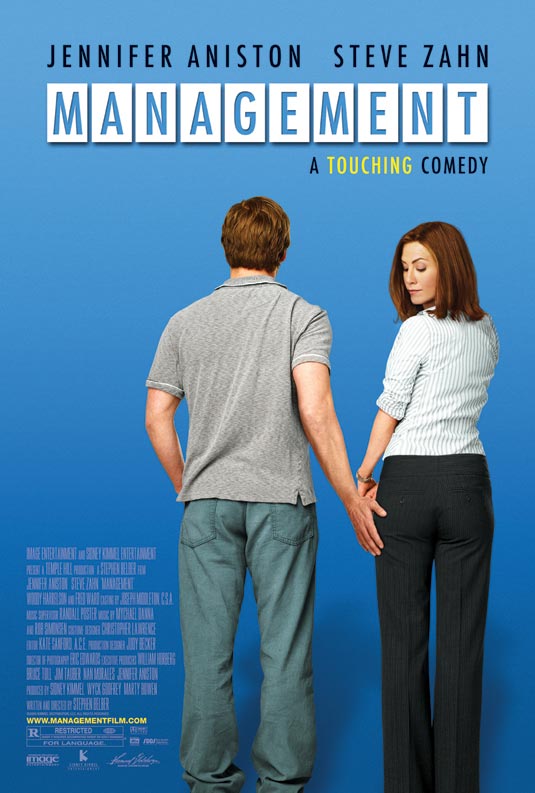