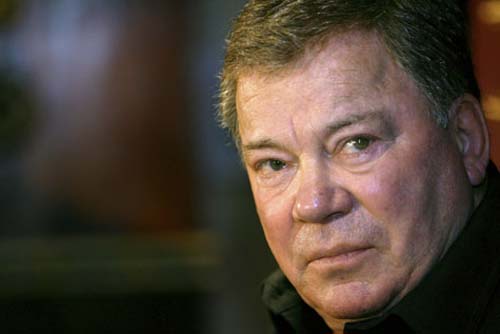 J.J. Abrams has claimed that he “tried desperately” to include William Shatner in his upcoming “Star Trek” movie. Shatner, who played Captain James T. Kirk in the original TV series and films, had said he was disappointed with the director’s failure to come up with a decent part for him in the new instalment. AMCtv interviewed J.J. Abrams about the upcoming “Star Trek” Abrams told that a scene was specifically created for the actor:

“It was very tricky. We actually had written a scene with him in it that was a flashback kind of thing, but the truth is, it didn’t quite feel right. The bigger thing was that he was very vocal that he didn’t want to do a cameo. We tried desperately to put him in the movie, but he was making it very clear that he wanted the movie to focus on him significantly, which, frankly, he deserves.”

“The truth is, the story that we were telling required a certain adherence to the Trek canon and consistency of storytelling. It’s funny — a lot of the people who were proclaiming that he must be in this movie were the same people saying it must adhere to canon. Well, his character died on screen. Maybe a smarter group of filmmakers could have figured out how to resolve that,”