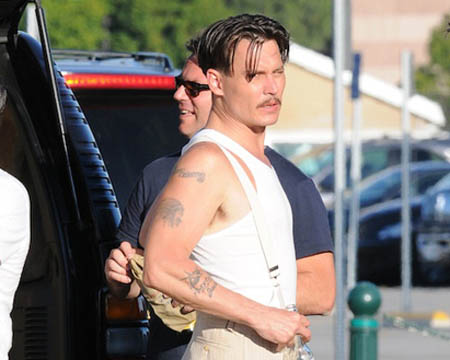 Collider.com have new images from filming in California.

Mann wrote the script, based on Burrough’s book and Depp will play John Dillinger, considered the most notorious gangster of the era.