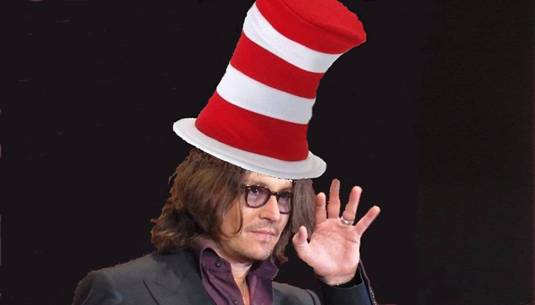 It looks like Johnny Depp may be adding another famous figure to the list as he is a strong potential candidate to play Dr. Seuss. FYI, movie mega star is developing a Theodor Geisel aka Dr. Seuss biopic through his production banner Infinitum Nihil in collaboration with Illumination Entertainment and Universal Pictures. Hollywood producers reportedly have shown interest in filming Seuss’s books – the same Illumination is currently finalizing production of a new animated movie based on one of Seuss’s books, The Lorax, for a March 2, 2012 release. You know, Geisel wrote several best-selling books using imaginative characters and rhyme, such as ‘Green Eggs and Ham,’ ‘The Cat in the Hat,’ ‘One Fish Two Fish Red Fish Blue Fish,’ ‘Horton Hatches the Egg,’ ‘Horton Hears a Who!’ and ‘How the Grinch Stole Christmas!’ among the others. During World War II, Geisel also worked in the animation department for the U.S. Army and he won Academy Awards for both Documentary Feature and Animated Short Film, The only dark shadow on his respectable life would be an affair he had that led to his wife’s suicide. Depp already have embodied some literary legends like the Mad Hatter, Peter Pan author J.M. Barrie and Willy Wonka. Furthermore, Depp will next be seen playing an eccentric writer in The Rum Diary, slated for release October 28. But this is all very early days and he is not confirmed to star just yet. However, Keith Bunin (In Treatment) has been hired to write the script that implies they’re treating this project as a serious drama. There’s a lot of potential here and the real key is finding a director. We just need to wait and see what’s going to happen. Check out the documentary about Theodor Geisel, better known as Dr. Seuss. Stay tuned. [youtube]http://www.youtube.com/watch?v=WkOHQGA8hZc[/youtube] 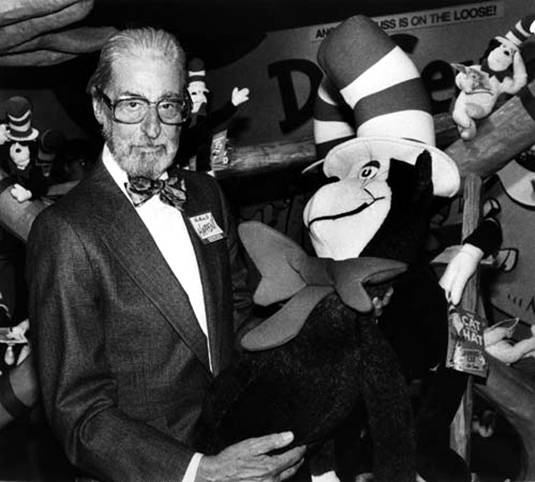 THE HUMAN CENTIPEDE 2 Trailer and Poster
Aaron Eckhart to Star in Lionsgate’s I, FRANKENSTEIN
Advertisement