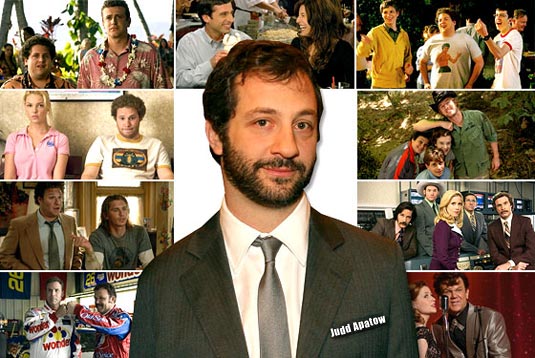 Academy Award producers Bill Condon and Laurence Mark have revealed that comedy writer-director-producer Judd Apatow (Knocked Up) will appear on stage during the Oscar telecast on Feb. 22, and will bring a short film that will serve as a tribute to comedy.

“We’re thrilled to say that our contemporary comedy master Judd Apatow is contributing both a film and live material to that part of the show,” Condon said Wednesday.

“Judd was truly a prince to hop on and truly whip up special shooting for it,” Mark added. “It’s a big deal.”

According to the AP, director Baz Luhrmann (Moulin Rouge, Australia) has also created a production number featuring Oscar host Hugh Jackman, and Capote director Bennett Miller will also be contributing a short film sequence. There is even a hint that other big filmmakers will also be participating in the show, although the producers refuse to divulge any further details.
Continue Reading
Advertisement
You may also like...
Related Topics:Baz Luhrmann, Hugh Jackman, judd apatow