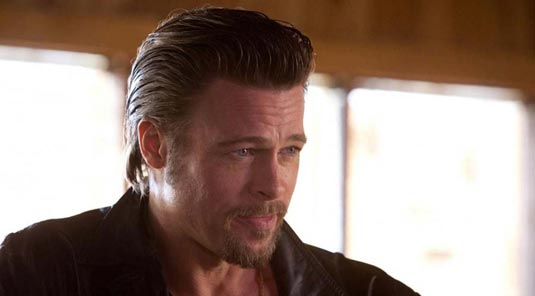 Yes, yes, some of you might say that we are boring – yesterday one Killing Them Softly poster, and now two more – but hey, if you’re real fan-people like us here, you know that one simply cannot have ‘too much’ treats. So take a look at these two, featuring Brad Pitt (his image done in style that reminds me of old ‘wanted’ poster adds) and U.S. flag-colored pilot Ray-Bans above a revolver, respectively: