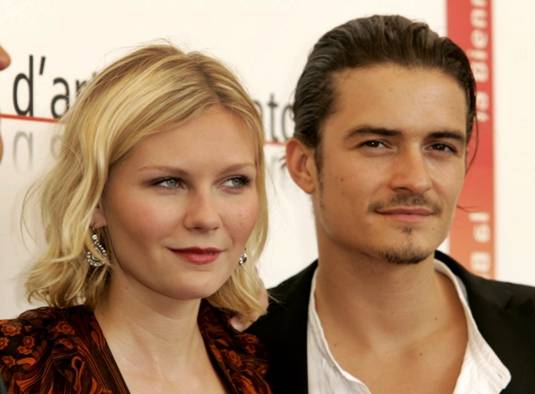 Cameron Crowe’s Elizabethtown stars Orlando Bloom and Kirsten Dunst have rejoined the financial drama, Cities, the Roger Donaldson film that already had locked a solid cast of actors like Clive Owen and Anil Kapoor (Slumdog Millionaire). The script from veteran writer/director Roger Donaldson (The Bank Job) takes place in the months before the Dow Jones stock-market high and follows three international stories, interwoven by the financial ties between strangers. In New York, a hedge fund manager (Owen) chases money and power. In London, a young couple is trying to buy a home. In Mumbai, a policeman fights against corruption between property speculators and his shady colleague (Kapoor). Dunst is part of the New York storyline; Bloom’s role is not yet specified. The international thriller’s set to begin shooting in the spring in London, Mumbai and New York, of course. In the official press release Donaldson stated: “CITIES is very much a movie for our time. The subjects of greed and money and their impact on our every day lives surround us constantly and CITIES is a movie that will explore this in a dramatic way with tension and excitement at every turn.” The 29-year-old Dunst most recently won for her moving performance in Lars von Trier’s Melancholia the Best Actress award at the Cannes Film Festival. She was nominated for a Golden Globe award for Best Supporting Actress for her role in Interview with the Vampire and she also appeared in Spider-Man 1, 2. Dunst’s additional credits include Sofia Coppola’s Virgin Suicidesand the title role in Marie Antoinette plus Bring It On, Little Women and the rom-com Wimbledon. Bloom is currently filming Peter Jackson’s The Hobbit: An Unexpected Journey marking the fourth time the film director and actor have worked together. His further credits include the record breaking Pirates of the Caribbean1, 2 and 3 and he can currently be seen in the highly anticipated The Three Musketeers. Watch the trailer for Elizabethtown (2005) – Orlando Bloom looked respectable here and Kirsten Dunst was great as always. [youtube]http://www.youtube.com/watch?v=75TKB0299b0[/youtube]