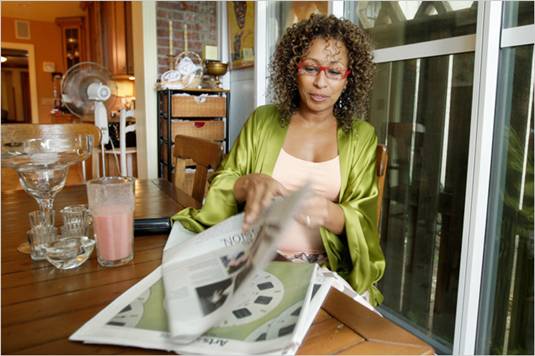 Best known for her role of attorney Jessica Griffin on the CBS soap opera As the World Turns, and medical examiner Melinda Warner on the NBC police drama Law & Order, Tamara Tunie has been set to star opposite Denzel Washington in Robert Zemeckis-directed thriller Flight. Penned by John Gatins (Real Steel), Flight tells the redemption story of Whip (Washington), ‘an airline pilot who pulls off a heroic feat of flying in a damaged plane, saving 98 lives on a flight carrying 106 people. While the world begs to embrace him as a true American Hero, the everyman struggles with this label as he is forced to hold up to the scrutiny of an investigation that brings into question his behavior the night before the doomed flight.’ Tunie has been reportedly tapped to play the lead flight attendant who is interviewed during a routine investigation that leads to the unraveling of his life. John Goodman, Don Cheadle, Kelly Reilly and Bruce Greenwood have been rounded out the cast. Well, Flight marks a return to live-action for Zemeckis, who previously directed such hits as Castaway and Back to the Future, as well as the live-action animated movie Who Framed Roger Rabbit. As for Tunie, she made her feature-film directorial debut in the indie hipster rom-com See You in September, starring Estella Warren and Justin Kirk. So check it out and stay tuned. [youtube]http://www.youtube.com/watch?v=KeTyJCXRddQ[/youtube]

See You in September – Official Trailer