The first poster and seven photos from the upcoming John Hillcoat drama Lawless (formerly known as The Wettest County in the World), has been released. Based on a true-crime story, the film stars Shia LaBeouf and Tom Hardy as Jack and Forrest Bondurant, sibling criminals who make a run for the American Dream by smuggling alcohol in Prohibition-era Virginia, an activity that brings the criminal organization run by Floyd Banner (Gary Oldman) to the attention of FBI Special Agent Charlie Rakes (Guy Pearce). Threats, fisticuffs and Tommy gun shoot-outs ensue. The director of The Road and The Proposition has assembled a cast that also includes  Jessica Chastain, Mia Wasikowska and Dane DeHaan for the bleak thriller. The script was written by Nick Cave! If you haven’t seen Lawless trailer, check it out now! Lawless is due to make its world premier at Cannes Film Festival with U.S. cinephiles catching the film on August 31st, 2012. 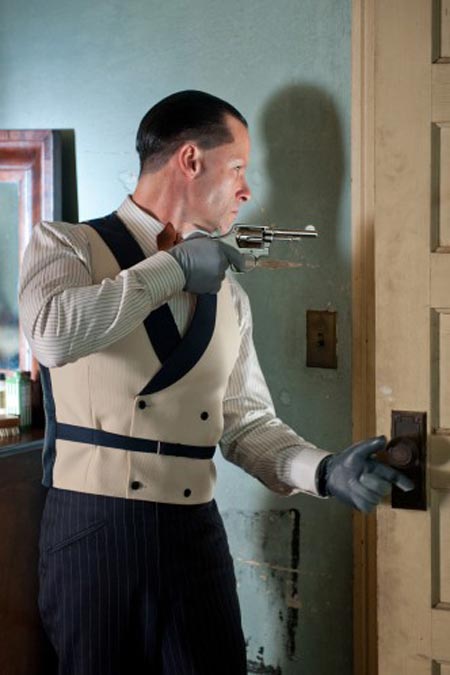