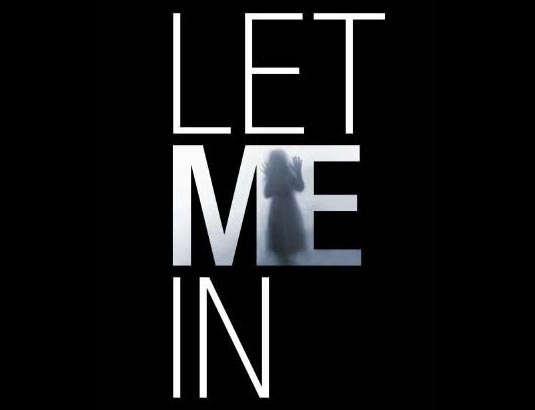 Overture Films has announced the official release date for their upcoming remake of “Let the Right One In, “Let Me In,” which will open in theaters on October 1st, 2010. “Let Me In” official synopsis: An alienated 12-year-old boy befriends a mysterious young newcomer in his small New Mexico town, and discovers an unconventional path to adulthood in “Let Me In,” a haunting and provocative thriller written and directed by filmmaker Matt Reeves (Cloverfield). Twelve-year old Owen (Kodi Smit-McPhee) is viciously bullied by his classmates and neglected by his divorcing parents. Achingly lonely, Owen spends his days plotting revenge on his middle school tormentors and his evenings spying on the other inhabitants of his apartment complex. His only friend is his new neighbor Abby (Chloe Moretz), an eerily self-possessed young girl who lives next door with her silent father (Oscar®nominee Richard Jenkins). A frail, troubled child about Owens’s age, Abby emerges from her heavily curtained apartment only at night and always barefoot, seemingly immune to the bitter winter elements. Recognizing a fellow outcast, Owen opens up to her and before long, the two have formed a unique bond. When a string of grisly murders puts the town on high alert, Abby’s father disappears, and the terrified girl is left to fend for herself. Still, she repeatedly rebuffs Owen’s efforts to help her and her increasingly bizarre behavior leads the imaginative Owen to suspect she’s hiding an unthinkable secret. The gifted cast of Let Me In takes audiences straight to the troubled heart of adolescent longing and loneliness in an astonishing coming-of-age story based on the best-selling Swedish novel Lat den Ratte Komma In (Let the Right One In) by John Ajvide Lindqvist, and the highly-acclaimed film of the same name. “Let Me In” is based on the Swedish novel “Lat den Ratte Komma In” and currently shooting in New Mexico. The film stars Kodi Smit-McPhee (The Road), Chloe Moretz (Kick-Ass) and Oscar®nominee Richard Jenkins (The Visitor).
Continue Reading
Advertisement
You may also like...
Related Topics:Chloe Moretz, Kodi Smit-McPhee, Let Me In, Matt Reeves, richard jenkins