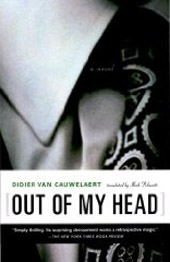 Liam Neeson is in negotiation to star in Dark Castle thriller “Unknown White Male.” Jaume Collet-Serra (“Orphan”) will direct the movie from the screenplay written by Oliver Butcher and Stephen Cornwell. The script is based on the 2003 novel by French author Didier Van Cauwelaert – “Out of My Head” (“Hors de moi”). Neeson is cast as a doctor who heads to Berlin for a medical conference and ends up in a car crash. When he recovers from a coma, his wife no longer recognises him and is living with another man, who has stolen Neeson’s identity. Joel Silver is producing the project with Leonard Goldberg. Shooting is expected to begin in January. Neeson, who last starred in the Pierre Morel-directed “Taken,” will take on the role after completing 20th Century Fox’s “The A-Team,” directed by Joe Carnahan based on the TV series. He can next be seen in “The Other Man” with Antonio Banderas, “Chloe,” “Clash of the Titans” as God Zeus and “After.Life” as Eliot Deacon.
Continue Reading
Advertisement
You may also like...
Related Topics:Liam Neeson