Check out the trailer and two posters for Elgin James upcoming indie drama Little Birds. The friendship between two young women is put to the test when they run away together on an ill-fated adventure in this independent drama. Lily (Juno Temple) and Alison (Kay Panabaker) are two close friends growing up in a dead-end community near the Salton Sea. Both girls are fifteen years old, and Lily is already desperate to pull up stakes and move on to someplace more exciting. Alison, on the other hand, is content in her hometown, and isn’t eager to accept the responsibilities of adulthood just yet. But Alison wants to support her best friend, and when Lily steals her stepfather’s truck and announces she’s headed for Los Angeles, Alison impulsively agrees to tag along. The girls soon fall in with a gang of scruffy skate punks; Lily becomes infatuated with one of the boys, who barely acknowledges she’s around, while Alison becomes increasingly convinced they’re bad news, especially when they try to lure the girls into a potentially dangerous scheme to make money. The film also stars Neal McDonough, Kyle Gallner, Chris Coy, Carlo Pena, JR Bourne, David Warshofsky, Joel McKinnon Miller, Kate Bosworth, and Leslie Mann. Little Birds was an official selection at the 2011 Sundance Film Festival. 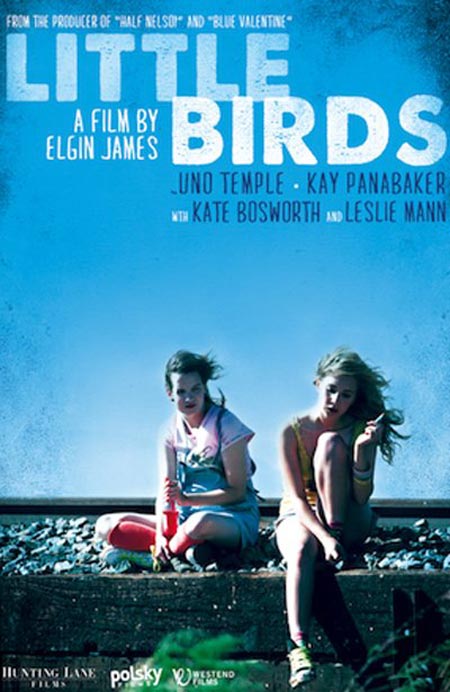