DreamWorks Animation has released twonew poster and two banners for Madagascar 3: Europe’s Most Wanted, featuring our favorite lost zoo animals sporting rainbow-colored Afro wigs. The third installment of the popular animated franchise is directed by Eric Darnell and Tom McGrath with a large voice cast that includes Ben Stiller, Jada Pinkett Smith, Chris Rock, David Schwimmer, Frances McDormand, Bryan Cranston, Jessica Chastain, Martin Short and many others. Alex the Lion, Marty the Zebra, Gloria the Hippo, and Melman the Giraffe are still fighting to get home to their beloved Big Apple and of course, King Julien, Maurice and the Penguins are all along for the comedic adventure. Their journey takes them through Europe where they find the perfect cover: a traveling circus, which they reinvent – Madagascar style. Be sure to keep your eyes out for Madagascar 3: Europe’s Most Wanted when it’s released in theaters on June 8th, 2012. in 2D and 3D. 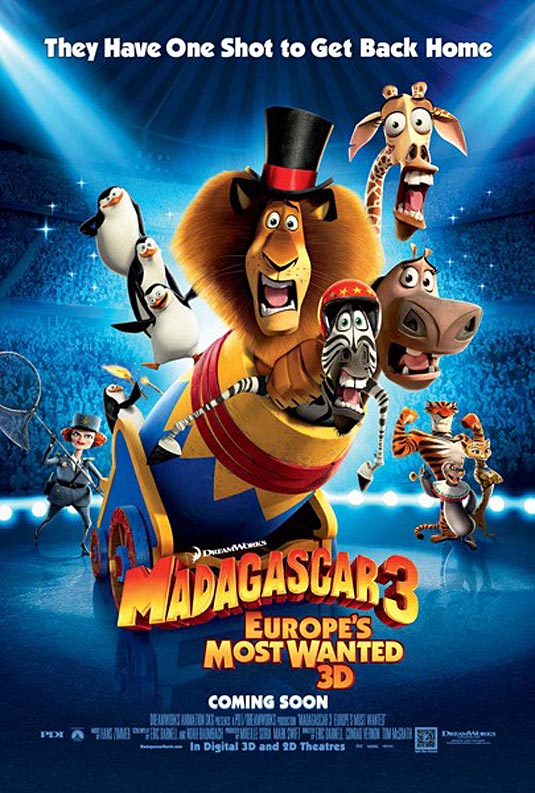 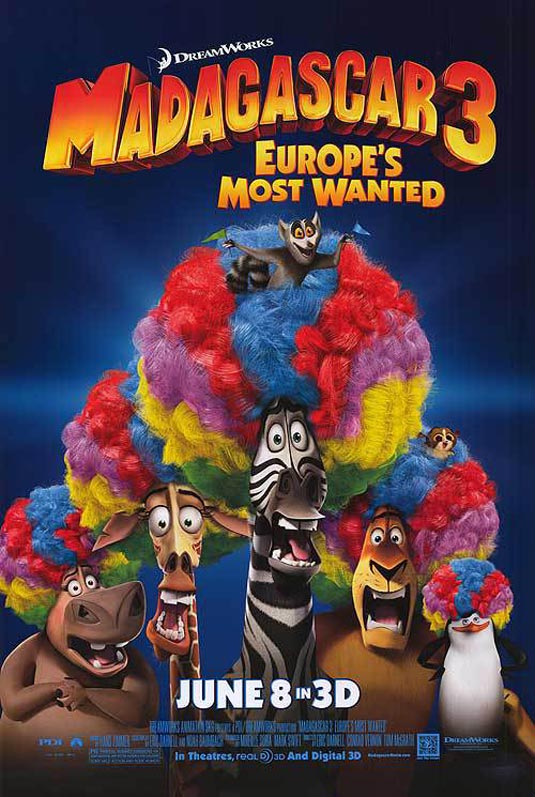