Well, here’s what Marvel supposedly has planned for the Hulk in The Avengers 2 and The Avengers 3 movies, as well as plans for a new stand-alone Hulk movie based on a popular Hulk comic book 2006 story Planet Hulk. We already learned that sequels to Iron Man, Thor, Captain America and The Avengers are slated for release over the next two years — Marvel’s Phase Two, as well as new properties Guardians of the Galaxy, Doctor Strange and Ant-Man. Word comes from Latino Review about the future of the Hulk. Spoiler alert! Earth’s mightiest heroes see Hulk as being too big of a threat and liability, so they launch him into space at the end of The Avengers 2. He crashes on to an alien planet, becomes a gladiator, and then a hero. But that’s not even the coolest part as the source also says that Planet Hulk will be used as a set up for The Avengers 3, which would use the World War Hulk arc and have Hulk return to Earth with some of his new alien friends, hungry for revenge — a group called Illuminati composed of Doctor Strange, Black Bolt, Charles Xavier, Reed Richards, Namor and Iron Man himself. Don’t forget that Mark Ruffalo has signed on for a six-picture deal with Marvel and it is doubtful that he’ll be happy to just appear in post-credits or cameos for the rest of his career. 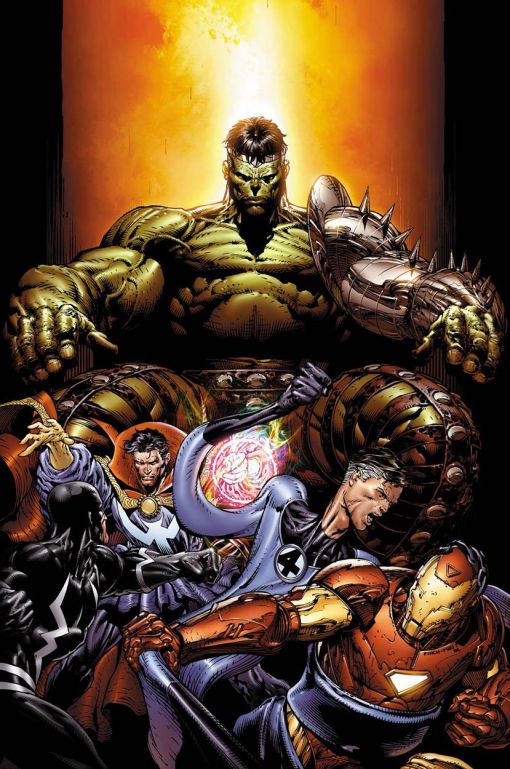