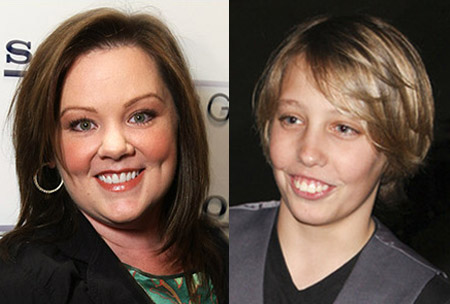 This could be something interesting, indeed. I mean, at least we’ll have a chance to watch Bridesmaids star Melissa McCarthy and Super 8 star, Ryan Lee together on a big screen. Of course, it’s going to be a comedy set up at Universal, but unfortunately, at this moment – we’re talking about yet untitled project. Still, one thing is for sure, it will be both written and directed by Judd Apatow! But the rest of the cast list also deserves our attention, because it includes Megan Fox, Albert Brooks, Lena Dunham, Chris O’Dowd, Charlene Yi and Wyatt Russell, along with Paul Rudd and Leslie Mann who are set to reprise their characters of husband and wife from Apatow’s Knocked Up. Unfortunately, not much is known about the plot, but we do know that O’Dowd and Dunham will play employees at the record label that Pete now runs. Russell will play a hockey player, and McCarthy will play the mom of Lee who attends the same school that Pete and Debbie’s kids go to. Pretty messy, but at least we have something! At the end, let us also mention that Apatow will be in charge for producing the whole thing together with Barry Mendel and Clayton Townsend and the film is set to open in December 2012. As usual, we’ll keep an eye on this project, so make sure you stay tuned for more updates!
Continue Reading
Advertisement
You may also like...
Related Topics:Albert Brooks, judd apatow, Leslie Mann, megan fox, Paul Rudd