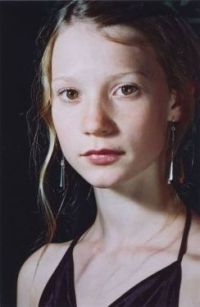 Mia Wasikowska is in final talks to take the lead role in Tim Burton‘s “Alice In Wonderland.” The Disney film, Tim Burton’s adaptation of Lewis Carroll‘s fantasy novel, will be filmed using a combination of live-action and motion-capture footage and presented in Disney Digital 3-D. The “Lion King” writer Linda Woolverton will pen the script with Richard Zanuck, Joe Roth and Jennifer and Suzanne Todd acting as producers. “It’s just such a classic, and the imagery is so surreal. I don’t know, I’ve never seen a version where I feel like they got it all. It’s a series of weird adventures, and to try to do it where it works as a movie will be interesting. I think it’s an interesting challenge to direct,” said Burton. Wasikowska, who started her career on the Australian series “All Saints,” can next be seen opposite Daniel Craig in the war film “Defiance.” Lindsay Lohan had previously been courting the lead role in the Alice remake. She was pushing for the lead role in Tim Burton’s upcoming adaptation of “Alice in Wonderland.” Lohan said she is keen to star in the Disney version of Lewis Carroll’s 1865 children’s classic. “I just hope they don’t want an unknown, I really want this part,” Lohan said.
Continue Reading
Advertisement
You may also like...
Related Topics:Alice In Wonderland, Lewis Carroll, Linda Woolverton, Mia Wasikowska, Tim Burton