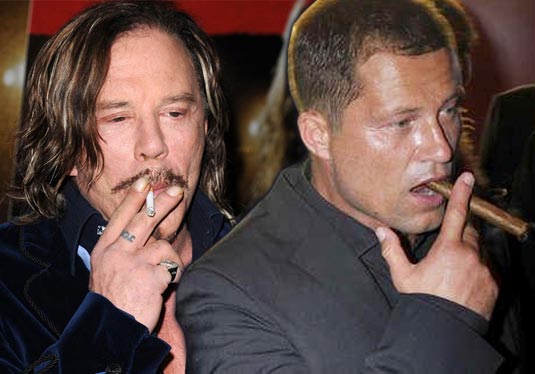 According to The Wrap, Mickey Rourke (The Wrestler, The Expendables) and Til Schweiger (Inglourious Basterds) have joined the cast of the new action thriller The Courier starring Jeffrey Dean Morgan. In The Courier, Morgan plays a never-miss courier hired to deliver a briefcase to a notorious crime boss who can’t be found. The courier finds himself pursued by corrupt cops, double-crossing feds and rivals from the criminal underworld as he attempts to maintain his perfect record. Schweiger will play one of the feds. As for Rourke, there are no details on his character, only that he will star “opposite” Morgan. The film is directed by Hany Abu-Assad (Paradise Now) from a script by Derek Haas and Michael Brandt. The Courier, set to shoot in New Orleans later this month, comes to theaters in 2011.
Continue Reading
Advertisement
You may also like...
Related Topics:Derek Haas, Jeffrey Dean Morgan, Michael Brandt, Mickey Rourke, Til Schweiger