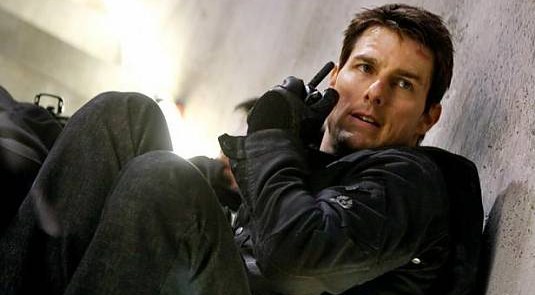 Don’t get too excited about the upcoming Mission: Impossible 5! At this moment, the only thing we know (and I guess that should be enough for all Tom Cruise fans out there) is that he’s back on board for the fifth installment in the Mission: Impossible franchise. So, what can I tell you folks, hope you’re happy to hear that Ethan Hunt is ready for even more adventures? Let us repeat once again: it’s official, Cruise is set to produce and star as Ethan Hunt once again! Nothing to be surprised about, after all – we already had a chance to hear that not only Cruise, but Simon Pegg and Paula Patton as well are interested in returning for a fifth Mission: Impossible film. And, probably the most important thing – the movie is without an official director at this moment. The only thing we know is that Brad Bird won’t come back to direct the film, and that the latest rumors include Jack Reacher helmer Christopher McQuarrie as the likely director for Mission: Impossible 5. Anyway, let us remind you that the fourth film in the series, Mission: Impossible – Ghost Protocol, (released in 2011 and directed by Bird) earned $694.7 million worldwide. So yes, guess we’re all interested in more updates, stay tuned!
Continue Reading
Advertisement
You may also like...
Related Topics:Christopher McQuarrie, Mission Impossible, Mission: Impossible 5, Tom Cruise