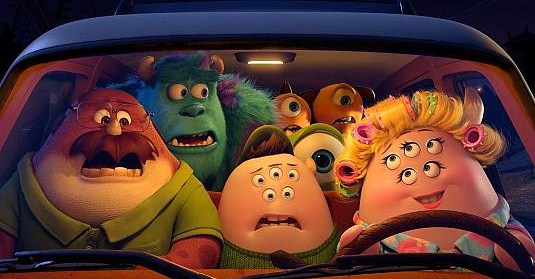 Hey little monsters, here’s another (read: brand new) international trailer for the upcoming Monsters University movie! Mike Wazowski, Sulley and all the best Scarers in the world are here to remind you that – this summer, there’s a little monster in all of us! Head inside to take a look & let us know what you think! The prequel to 2001’s Monsters, Inc. comes from director Dan Scanlon, and as we previously reported, revolves around two promising young students at Monsters University and their competitive spirit that gets them both kicked out of the University’s elite Scare Program. But, don’t worry – they will have to work together along with an odd bunch of misfit monsters, if they ever hope to make things right. Billy Crystal, John Goodman, Steve Buscemi and Frank Oz are reprising their roles as Mike Wazowski, James P. Sullivan, Randall Boggs, and Jeff Fungus, respectively, while the rest of the cast also includes Joel Murray, Peter Sohn, Charlie Day, Julia Sweeney and Aubrey Plaza. Monsters University opens on June 21st, 2013.