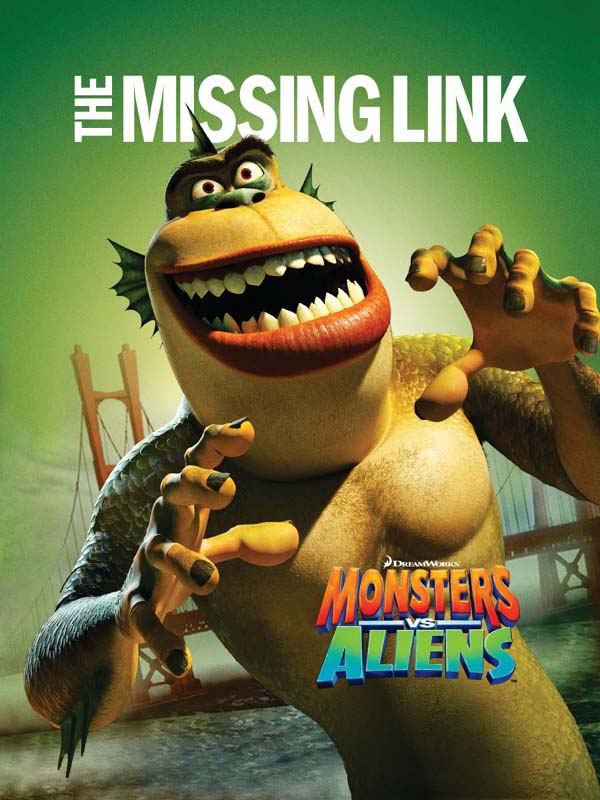 Take a look at these three new character posters for the upcoming animated movie “Monsters vs Aliens” featuring a look at the jellylike B.O.B. voiced by Seth Rogen, Susan Murphy aka Ginormica voiced by Reese Witherspoon and the half-ape, half-fish – The Missing Link (Will Arnett). 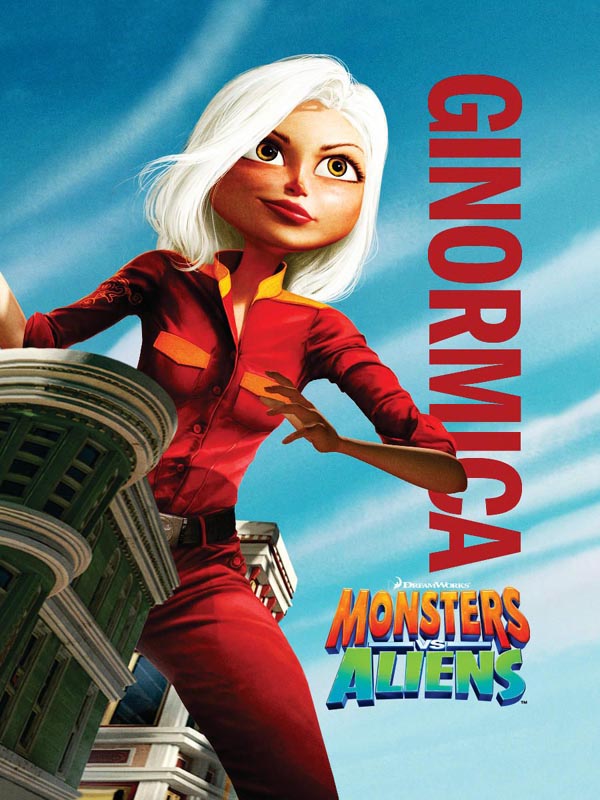 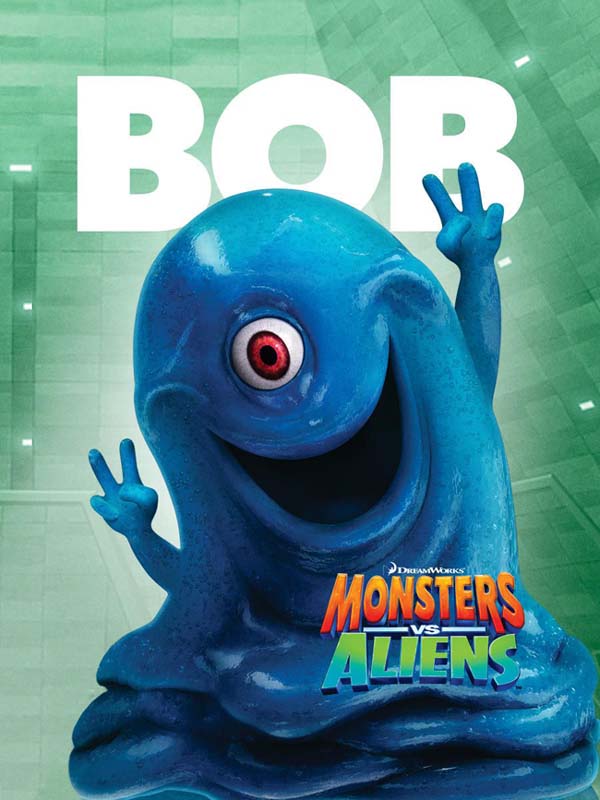