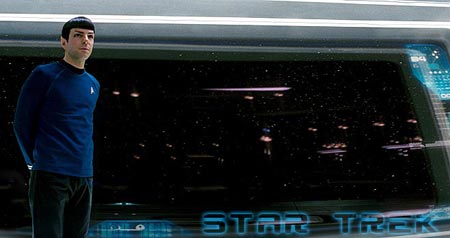 The upcoming issue of Empire magazine features a brand new Kirk and Spock cover with Chris Pine and Zachary Quinto and some more images of the new crew of the U.S.S. Enterprise. In addition to the photos, Empire also talks to director J.J. Abrams, who comes clean about one of his major obstacles on the film, the nature of which might surprise you:

“For me, the costumes were a microcosm of the entire project, which was how to take something that’s kind of silly and make it feel real…How do you make legitimate the pointy ears and the bowl haircut? It’s ridiculous and as potentially cliched as it gets. How do you watch Galaxy Quest and then go make a Star Trek movie?”