A brand new poster for the upcoming Clive Owen thriller “The International” has been released. Check out also some photos from the movie. The plot centers on an obsessive Interpol agent (Owen) who spearheads an investigation into one of the world’s most high-profile and powerful banking institutions in an attempt to expose them for worldwide arms brokering, corruption and murder. Naomi Watts will play a Manhattan assistant district attorney and ends up partnering with the agent to take down the bank.

“The International” is directed by Tom Tykwer (“Run, Lola, Run” and “Perfume: The Story of a Murderer”). His new film, is scheduled to hit theaters on February 13th, 2009. You can visit the official movie site. 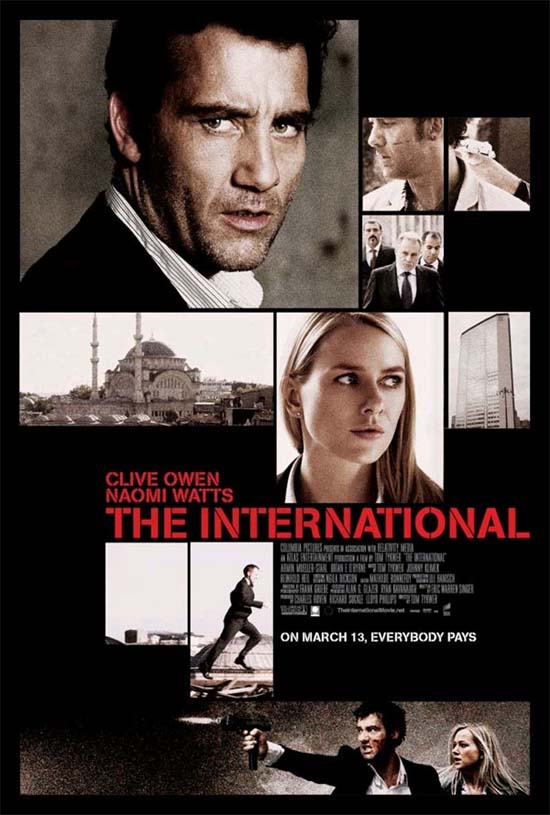