Some new photos from James Cameron’s highly anticipated sci-fi epic “Avatar” have been revealed. Check them out below. “Avatar” is the story of a wounded ex-Marine (Sam Worthington) who finds himself thrust into hostilities on an alien planet filled with exotic life forms. As an Avatar, a human mind in an alien body, he finds himself torn between two worlds, in a desperate fight for his own survival and that of the indigenous people. He gets caught by the planet’s natives, called Na’vis, and falls in love with one of them (Zoe Saldana). 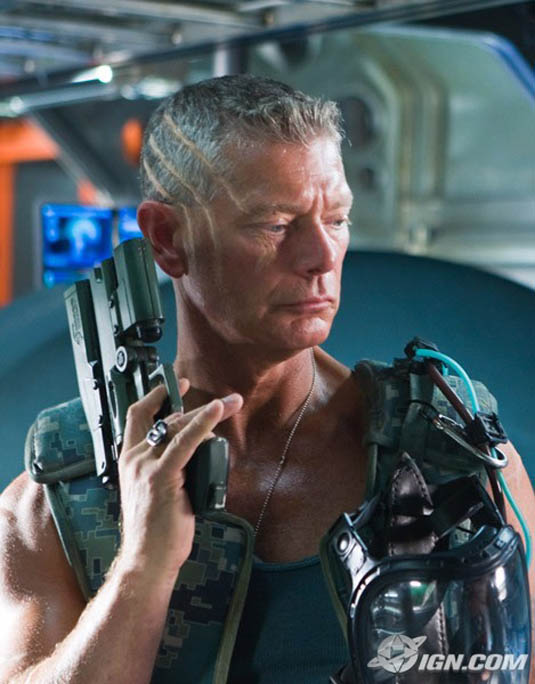