Here are some new images from the upcoming Lawless movie (previously named The Wettest County in the World) and this time you should get ready for Shia LaBeouf‘s interesting hairstyle, as well as Mia Wasikowska‘s cute yellow dress. Or whatever that thing is. Personally, I was more impressed with the previous images, but – who cares… Anyway, I’m sure you already know that we’re talking about the crime drama which comes from director John Hillcoat, and that some seriously good cast is on board for the whole thing. Beside LaBeouf and Wasikowska, the movie also stars Tom Hardy, Jessica Chastain, Guy Pearce, Gary Oldman, Jason Clarke and Dane DeHaan, and the movie is actually based on the 2008 novel written by Matt Bondurant.

Lawless is the true story of the infamous Bondurant Brothers: bootlegging siblings who made a run for the American Dream in Prohibition-era Virginia. In this epic gangster tale, the loyalty of three brothers is put to the test against the backdrop of the nation’s most notorious crime wave. At the end, let me just remind you that Lawless is set to hit the theaters on August 29th, 2012. Let us know what you think about it so far… 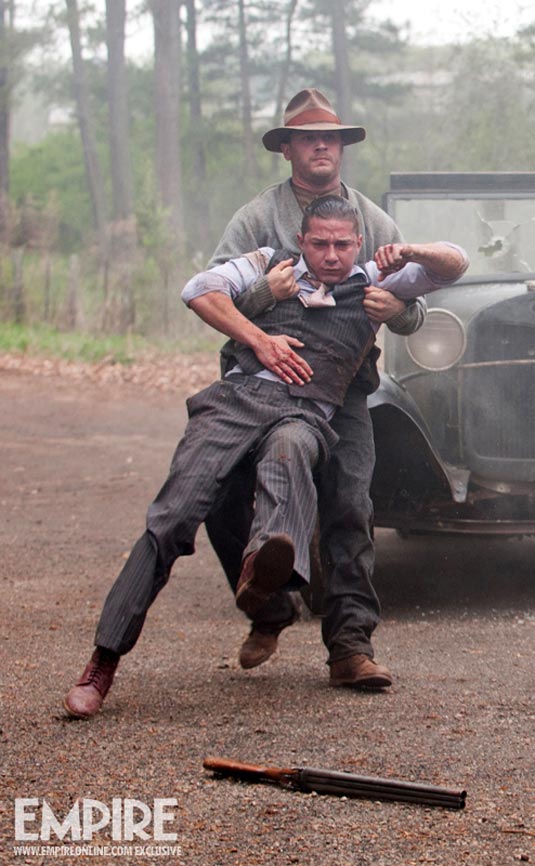