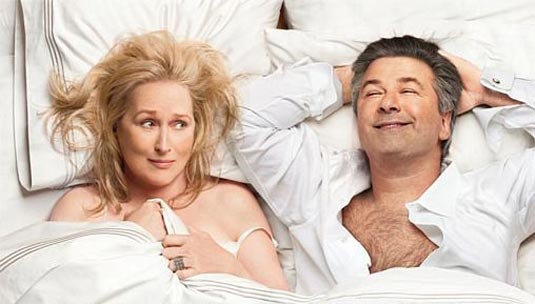 Universal has just debuted a new trailer and poster for romantic comedy “It’s Complicated” Writer/director Nancy Meyers (What Women Want, Something’s Gotta Give, The Holiday) directs Meryl Streep, Steve Martin and Alec Baldwin in” It’s Complicated,” a comedy about love, divorce and everything in between. Jane (Streep) is the mother of three grown kids, owns a thriving Santa Barbara bakery/restaurant and has—after a decade of divorce—an amicable relationship with her ex-husband, attorney Jake (Baldwin). But when Jane and Jake find themselves out of town for their son’s college graduation, things start to get complicated. An innocent meal together turns into the unimaginable—an affair. With Jake remarried to the much younger Agness (Lake Bell), Jane is now, of all things, the other woman. Caught in the middle of their renewed romance is Adam (Martin), an architect hired to remodel Jane’s kitchen. Healing from a divorce of his own, Adam starts to fall for Jane, but soon realizes he’s become part of a love triangle. Should Jane and Jake move on with their lives, or is love truly lovelier the second time around? It’s…complicated. “It’s Complicated” will hit theaters on Christmas Day, December 25th, 2009. 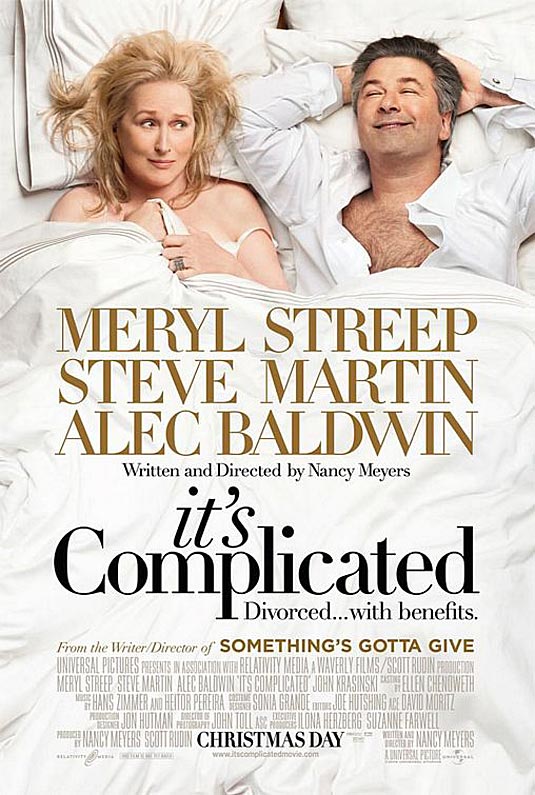