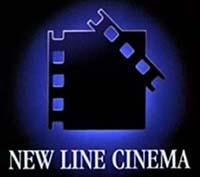 New Line Cinema, who took a massive hit late last year with The Golden Compass, and haven’t had much luck at the box office throughout the past year will now become part of Warner Bros. In making the announcement, Time Warner’s President and Chief Executive Officer Jeff Bewkes said:

“We are moving quickly to improve our business performance and financial returns. New Line has built a strong franchise of cutting-edge entertainment. We can enhance its value by combining it with Warner Bros. Given the trend toward fewer movie releases, New Line and Warner Bros. will now have more complementary release slates, with New Line focusing on genres that have been its strength. With the growing importance of international revenues, it makes sense for New Line to retain its international film rights and to exploit them through Warner Bros.’ global distribution infrastructure. We can also take better advantage of digital distribution platforms by combining our studios.  These changes will enhance our revenue opportunities and drive dramatic cost efficiencies and higher margins at New Line.”

New Line will now do so as part of Warner Bros. and will probably be a much smaller operation than in the past. Time Warner hopes that operating New Line as a unit of Warner Bros. will allow New Line to focus on the creative side of movie-making, while reducing costs and taking advantage of Warner Bros.’ distribution systems.
Continue Reading
Advertisement
You may also like...
Related Topics: