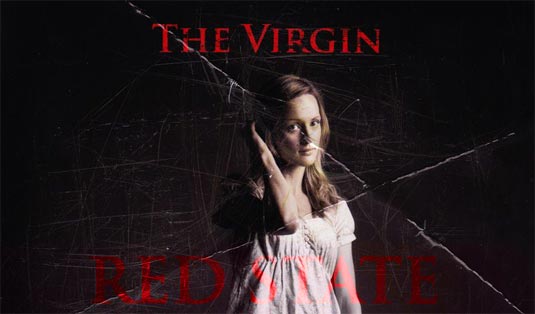 Thanks to fans donating $1,000 to The Wayne Foundation, an organization that fights against child rape, director Kevin Smith has unveiled the second poster for the upcoming horror film Red State, featuring Kerry Bishe who plays the character of Cheyenne in the film. Rumor has it that Cheyenne’s a virgin.

As well, we have four new photos form the thriller, which come courtesy of The Sundance website.