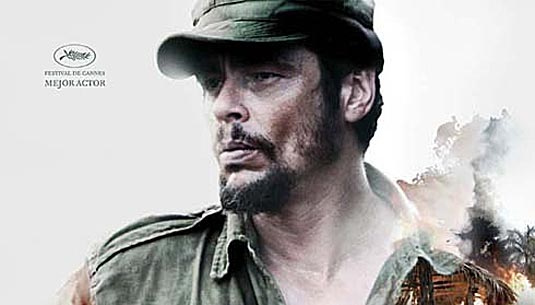 We’ve got today a brand new Cannes Film Festival promo poster for the Steven Soderbergh‘s drama “Che“. Latest Soderbergh’s project is a set of two films shot back-to-back about Che Guevara titled individually “The Argentine” and “Guerrilla“. Both are premiered at the Cannes Film Festival under the name “Che” as a 268 minute presentation. Benicio Del Toro won the best actor prize at Cannes Film Festival 2008 for his role in “Che”. “The Argentine”: On November 26, 1956, Fidel Castro sails to Cuba with eighty rebels. One of those rebels is Ernesto “Che” Guevara, an Argentine doctor who shares a common goal with Fidel Castro – to overthrow the corrupt dictatorship of Fulgencio Batista. Che proves indispensable as a fighter, and quickly grasps the art of guerrilla warfare. As he throws himself into the struggle, Che is embraced by his comrades and the Cuban people. This film tracks Che’s rise in the Cuban Revolution, from doctor to commander to revolutionary hero. “Guerrilla”: After the Cuban Revolution, Che is at the height of his fame and power. Then he disappears, re-emerging incognito in Bolivia, where he organizes a small group of Cuban comrades and Bolivian recruits to start the great Latin American Revolution. The story of the Bolivian campaign is a tale of tenacity, sacrifice, idealism, and of guerrilla warfare that ultimately fails, bringing Che to his death. Through this story, we come to understand how Che remains a symbol of idealism and heroism that lives in the hearts of people around the world. Soderbergh’s “Che” is still without a distributor. That may change in September though when it screens at the upcoming Toronto International Film Festival. If the film is able to find distribution it may be able to find its way into enough theaters this year to qualify for the 2008 awards season. 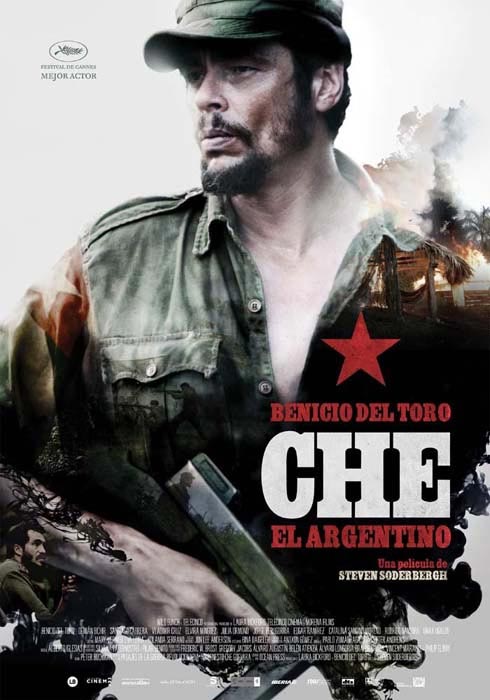