Connect with us
The poster for the upcoming Anna Faris comedy “The House Bunny” has been released. 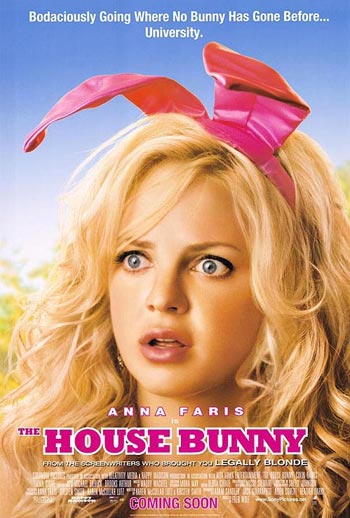 The House Bunny poster
In Columbia Pictures’ comedy “The House Bunny”, Anna Faris charms as Shelley Darlington, a Playboy Bunny who teaches an awkward sorority about the opposite sex – only to learn that what boys really like is what’s on the inside. Though she has yet to pull off the look she achieved for her Maxim photo shoot — where she was rocking black hair — Faris has the uncanny ability of still looking hot while playing goofy. The new comedy is directed by Fred Wolf, the man behind this year’s “Strange Wilderness.” “The House Bunny” is scheduled to hit theaters on August 22nd.
Continue Reading
Advertisement
You may also like...
Related Topics: