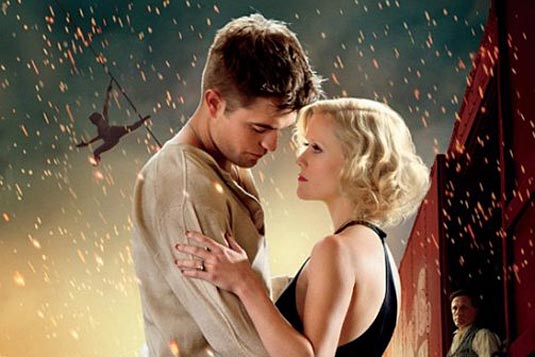 20th Century Fox has released a new poster for their upcoming movie Water for Elephants, which comes from I Am Legend director Francis Lawrence and stars Robert Pattinson, Reese Witherspoon, Christoph Waltz and Hal Holbrook. Veterinary school student Jacob (Pattinson) meets and falls in love with Marlena (Witherspoon), a star performer in a circus of a bygone era. They discover beauty amidst the world of the Big Top, and come together through their compassion for a special elephant. Against all odds – including the wrath of Marlena’s charismatic but dangerous husband, August (Waltz) – Jacob and Marlena find lifelong love. The movie is based on the 2006 book by Sara Gruen which reached #1 New York Times Best Sellers list, penned for the big screen by Richard LaGravenese (The Horse Whisperer). Water for Elephants will hit theaters April 15, 2011. 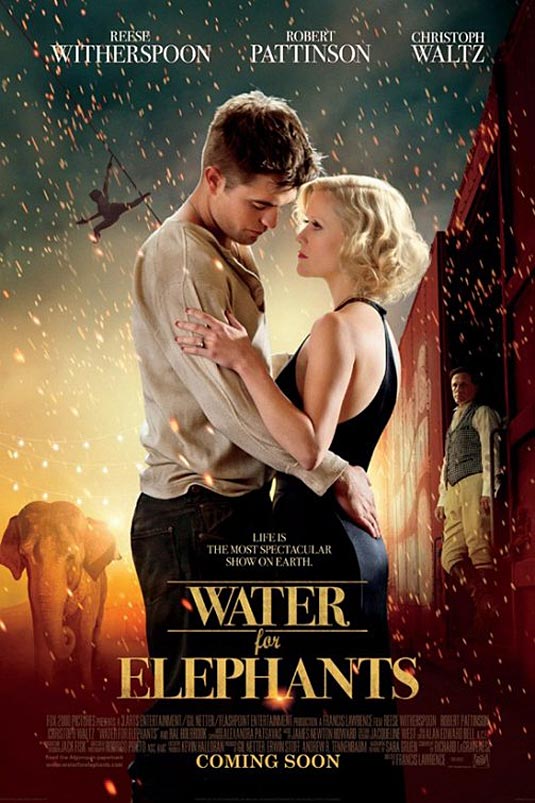