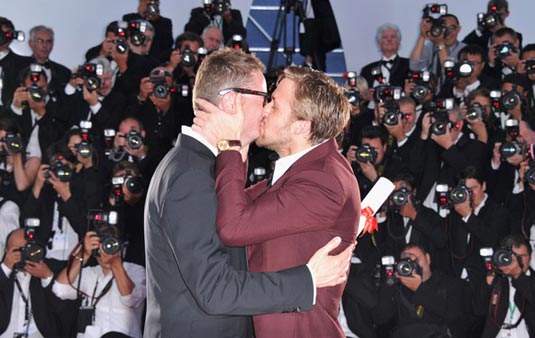 Drive Button Man, drive! Here comes the news that Drive helmer Nicolas Winding Refn is all of the sudden in some serious negotiations with DreamWorks to direct an adaptation of the graphic novel, Button Man: The Killing Game. Surprised, or not? I have no idea what to think about the whole thing, but let me tell you something – if Ryan Gosling is somehow attached to this one, I will loosen up my buttons baby! Let’s get serious, shall we? Button Man: The Killing Game is written by Arthur Ranson and John Wagner and centers on a former mercenary named Harry Exton, who is recruited into a game in which retired soldiers are sponsored by wealthy investors to face off against each other in fights to the death. According to Deadline, the deal isn’t done yet, but they add this certainly is material that is a strong match for Refn. I have no idea, I’m more curious to find out more about Refn’s Thailand-set crazy drama Only God Forgives, but as I said, with some good cast (Gosling please!), even a Button Man could look interesting enough for me. Let us know what you think about the whole idea, and stay tuned!