Connect with us
The Hurt Locker star and The Girl With The Dragon Tattoo star in one movie? Yes, please! 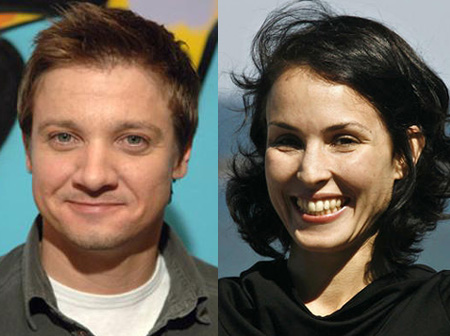 And, this news comes from Jeremy Renner, who recently gave an interview at the Venice Film Festival and revealed that he and Noomi Rapace will be starring in Tommy Wirkola’s upcoming project Hansel and Gretel: Witch Hunters! Hansel and Gretel: Witch Hunters takes place 15 years after the siblings’ incident involving the gingerbread house. The siblings have evolved into bounty hunters who hunt witches. Of course, you can already guess that Renner is up for the part of Hansel while Rapace is set to star as Gretel, but here’s what Renner had to say about the upcoming project: “I liked Dead Snow, and I like seeing that Scandinavian directors have a combination of horror and humor. I think Hansel and Gretel will be awesome. I play him and Noomi Rapace plays Gretel. They have become adults, are damned and going on witch hunting.” Tommy Wirkola wrote the script together with Dante Harper, and Will Ferrell and Adam McKay’s Gary Sanchez Productions is behind this movie. McKay previously explained that: “the idea is, they’ve grown up and they hunt witches. It’s a hybrid sort of old-timey feeling, yet there’s pump-action shotguns. Modern technology but in an old style. We heard it and we were just like, ‘That’s a freakin’ franchise! You could make three of those!” With every new info about this project, we’ll be back!
Continue Reading
Advertisement
You may also like...
Related Topics:Hansel and Gretel: Witch Hunters, Jeremy Renner, Noomi Rapace, Tommy Wirkola