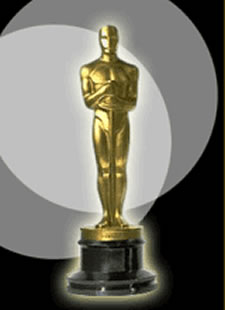 What’s more significant: the inauguration of a new U.S. president or the announcement of the year’s Oscar nominees? The Academy of Motion Picture Arts and Sciences decided politics takes precedence, announcing Monday that it has delayed the nominations announcement by two days. Oscar nominees are usually revealed on a Tuesday about four weeks before the big show, which is typically held the last Sunday in February. For 2009, though, the targeted Tuesday, Jan. 20, is Inauguration Day. “It didn’t make any sense for us to try to compete with (the inauguration) from a news point of view,” academy Executive Administrator Ric Robertson told The Associated Press. “Ballots are due Jan. 12, and nominations are announced 10 days later, so that’s getting pretty close to the minimum,” he said. “The most critical path is the balloting-voting process. Since we remain committed, for security reasons, to paper balloting, and all Pricewaterhouse Coopers tabulating is done by hand, it’s not done by computers. … They can turn things around quickly but they still need time.” The 2009 presidential inauguration isn’t the first event that prompted the academy to alter its calendar. The Oscar show was moved from the last Sunday in February in 2006 so it wouldn’t conflict with the closing ceremony of the Winter Olympics, Robertson said. So the 81st annual Oscar nominees will be revealed Thursday, Jan. 22, and the Academy Awards will be presented Sunday, Feb. 22, the earliest Oscars ever.
Continue Reading
Advertisement
You may also like...
Related Topics: