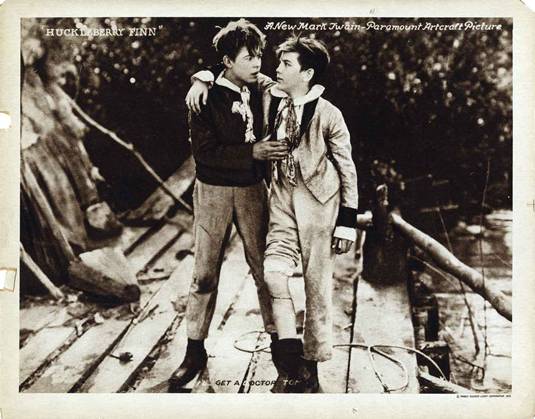 ‘You need to write a new story on me, don’t you? Here you go – here is something to start from…’ spoke Mark Twain by the mouth of his character Huckleberry Finn. Now it was the undreamed dream comes true as Paramount Pictures picked up Huck and Tom, a supernatural Snow White and the Huntsman-esque take on the Tom Sawyer/Huck Finn story. Andy Burg has imagined Huck and Tom as a period action drama about the continuing adventures of Huck Finn, Tom Sawyer and Becky Thatcher as adults. Peter Chernin and Dylan Clark, the producers behind Rise of the Planet of the Apes and Oblivion, producing along with Matt Lopez, a screenwriter whose credits include Bedtime Stories and The Sorcerer’s Apprentice. Burg has also set up Hellified at Paramount; a supernatural actioner with Lorenzo di Bonaventura producing, a few years back. We’ll just have to wait and see how far that imagination removes the trio from Twain’s very specific setting. What are your thoughts? Twain’s Tom Sawyer/Huck Finn novels have had several film and TV adaptation – check out the trailer for the George Eastman House restoration of Huckleberry Finn (1920), directed by W.D.Taylor. [youtube]http://www.youtube.com/watch?v=U6unmvKOwH0[/youtube]
Continue Reading
Advertisement
You may also like...
Related Topics:Matt Lopez