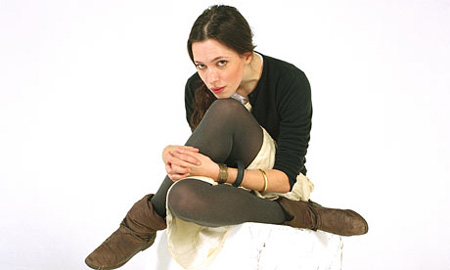 Rebecca Hall has been cast as the lead in Richard Linklater-directed comedy “Liars A-E” Kat Dennings earlier was cast to play a friend of the lead character in the movie. Hall will play Bacall Loomis, a woman who is dumped by her rocker fiancé on the eve of Barack Obama’s presidential election victory. She takes a road trip with a pal (Kat Dennings) to Barack Obama’s inauguration, and visits various ex-boyfriends to retrieve lost items. Linklater will direct from the script written by Emma Forrest. Hall’s breakout role was in Woody Allen’s “Vicky Cristina Barcelona” last year, a performance that earned her a Golden Globe nomination. Rebecca Hall, most recently seen in “Frost/Nixon,” is currently starring alongside Ben Affleck and Jon Hamm in the love triangle “The Town,” which Affleck wrote and is directing for Warner Bros as well as the Nicole Holofcener comedy “Please Give.” She will also be seen in “Dorian Gray,” Oliver Parker’s movie adaptation of the classic Oscar Wilde tale.
Continue Reading
Advertisement
You may also like...
Related Topics:Kat Dennings, Rebecca Hall, Richard Linklater