The long-delayed remake of the cult classic from 1984, Red Dawn, directed by Dan Bradley is finally getting released this year. Open Road/MGM have debuted the revamped official poster, with the trailer finally premiering tomorrow, Friday. A bit too obviously patriotic one-sheet isn’t as creative as you were hoping. Initially delayed due to MGM’s lack of cash the filmmakers decided to digitally change the Red Dawn’s villains from the Chinese to the North Koreans and change all Chinese symbols to North Korean ones once they realized the film’s box office chances in China would be severely handicapped. In this adaptation, a tale of communism on American soil comes under siege from invading forces and the citizens of the town become prisoners in their own homes. Scheduled for release on November 21st, 2012 in the US, Red Dawn has the poster, which shows the new Wolverines: Chris Hemsworth, Josh Hutcherson, Josh Peck, Adrianne Palicki and Isabel Lucas. The film also stars Jeffrey Dean Morgan, and Connor Cruise.

In Red Dawn, a city in Washington state awakens to the surreal sight of foreign paratroopers dropping from the sky – shockingly, the U.S. has been invaded and their hometown is the initial target. Quickly and without warning, the citizens find themselves prisoners and their town under enemy occupation. Determined to fight back, a group of young patriots seek refuge in the surrounding woods, training and reorganizing themselves into a guerilla group of fighters. Taking inspiration from their high school mascot, they call themselves the Wolverines, banding together to protect one another, liberate their town from its captors, and take back their freedom. 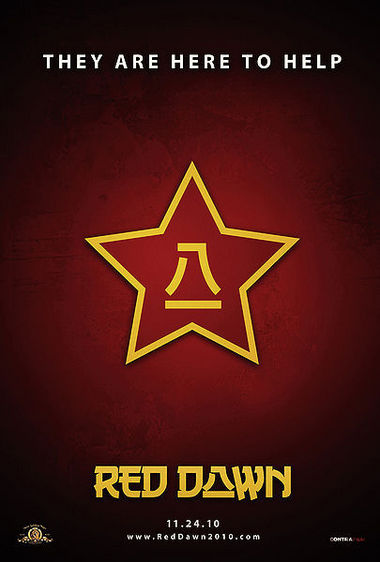